Retailer and long-standing Chair of the HFI, John Frisby, has been recognised for his contribution with this year’s Maurice Hanssen Award of Honour.

The Health Food Manufacturers’ Association (HFMA) has announced John as the deserving winner for his longstanding and passionate commitment to supporting natural health within the industry. 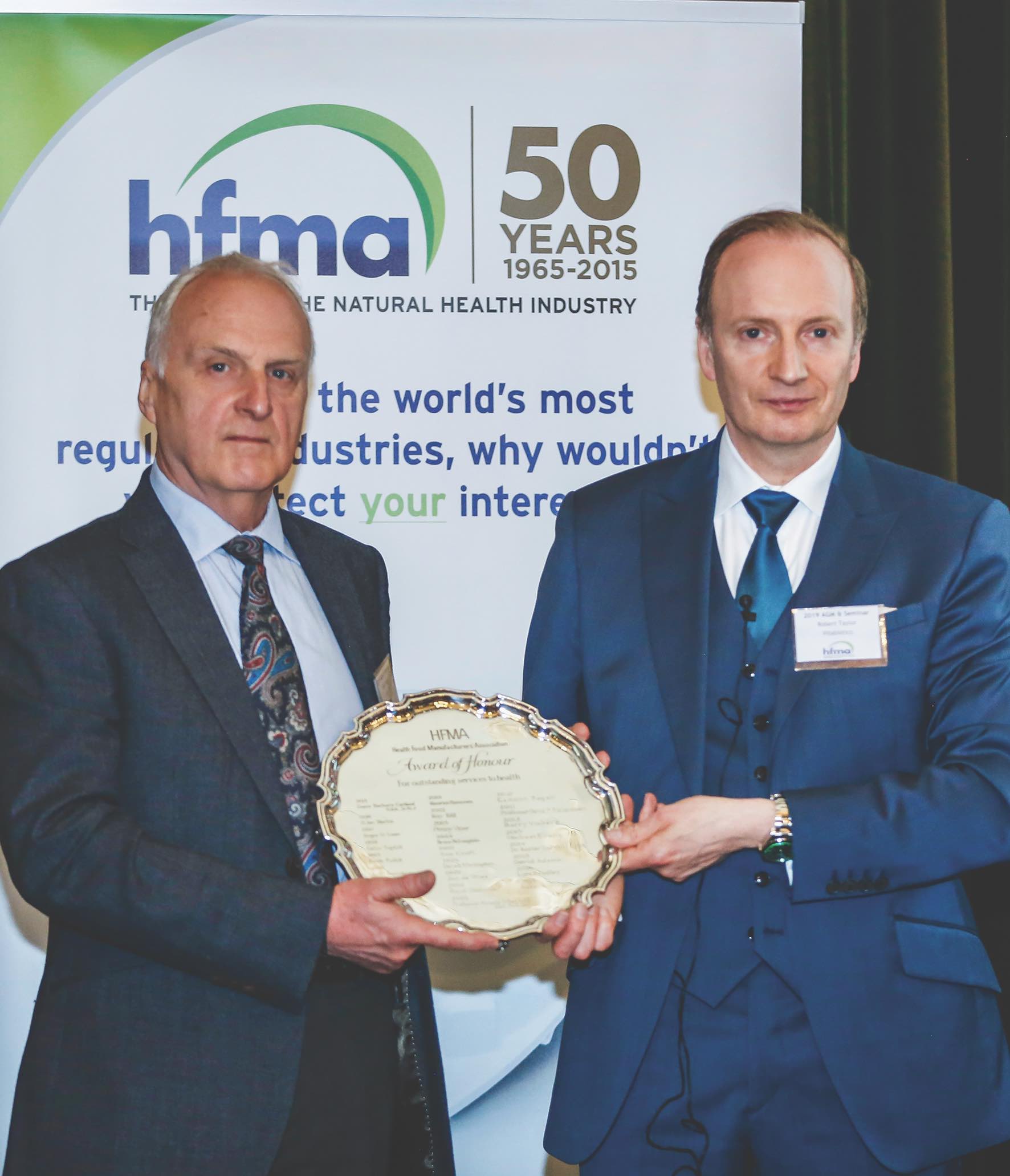 John’s career is both extensive and impressive, beginning in 1977 with the creation of his own health food shop, Food for Living, driven by his quest for a natural way to treat the digestive problems he had suffered in his teens. His role in the industry became more influential when he was invited to join the Health Food Institute as a Board member, and was honoured to be asked to become Chair of the institute, where he has now served in that role for the last 11 years.

Founder and Secretary of the Health Food Institute, and former HFMA Award of Honour recipient, Ray Hill, commented: “There is nobody in the retail arm of this industry who deserves this award more. When John was first appointed Chair of the Health Food Institute over 10 years ago, he was worried and concerned about being the front man and having to stand up in front of the great and good of this industry. It was a delight to see him overcome any such concerns and has done a wonderful job in the role. It will not be easy to find another to match his perseverance, his persistence for perfection on each and every occasion.”

Commenting on his award, John added: “I have a committed and fond history in this industry, starting in my teens, and stretching longer than I’d care to admit. I’ve come a long way since my teens, when a cod liver oil capsule was the extent of my nutrition plan. But I have always believed that we have some of the most talented and passionate people in the industry, and it’s been a pleasure support these individuals over the years.”

HFMA Chair, Robert Taylor, who presented the award, continued: “It is my honour to present this award to such a passionate and committed member of the industry as John. Throughout his career, John has been dedicated to promoting the highest industry standards in natural health retailing and has justifiably developed a highly-respected reputation for this commitment. I could not imagine a more fitting and appropriate winner.

Study finds nearly half of vegans feel discriminated at work

The importance of superfoods

Government called on to do more to promote...