With the annual Veganuary campaign upon us, organisers have called on MPs to try vegan this January. 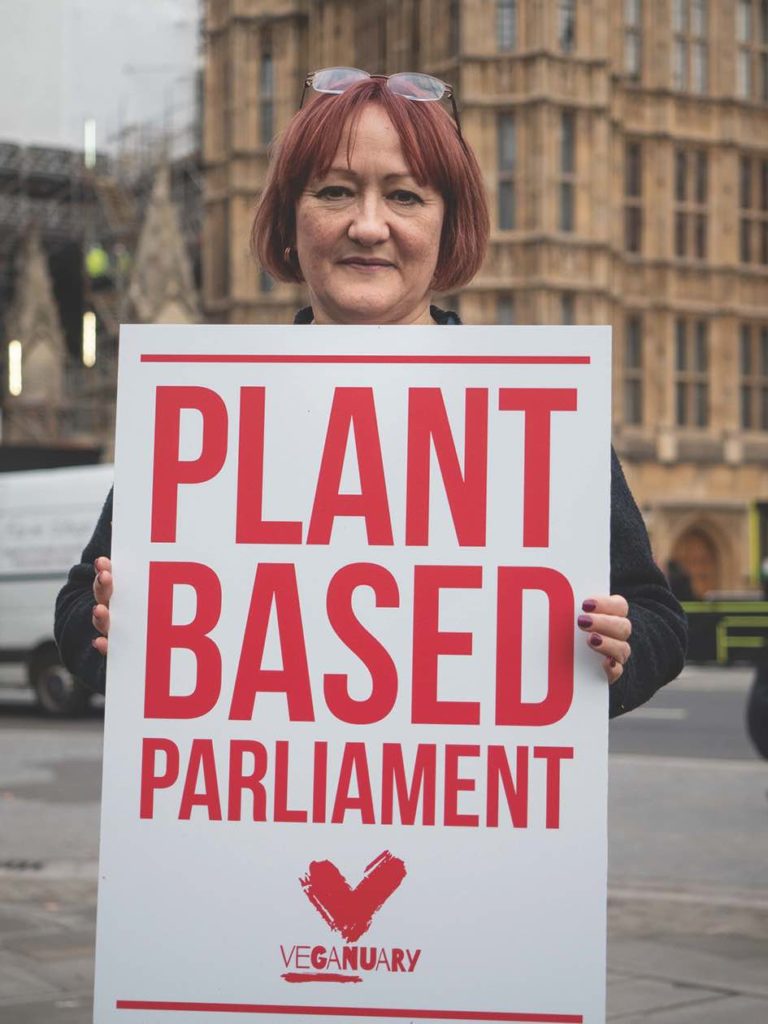 This year’s Veganuary campaign, which has partnered with the NAHS this year, and was launched in December, included a call on Parliament to ditch meat and dairy for January. To launch the campaign, Veganuary activists descended on Parliament andy were joined by campaign supporter and vegan, Kerry McCarthy, Labour MP for Bristol East. Across the London skyline, the charity’s guerrilla light projections asked if the Prime Minister, Theresa May MP, would be trying vegan for January.

“Trying vegan for January by switching to tasty plant-based alternatives in the cafeterias of Parliament would be a simple step to take for our leaders to lead by example, and show they’re serious about tackling climate change”, commented Rich Hardy, Head of Campaigns at Veganuary.

People taking part in Veganuary will be helped through their month-long journey of discovery by its team of plant-based experts and a vast social media community. Participants receive daily emails containing recipes, meal plans, inspirational videos, and helpful tips on nutrition, how to stock your cupboards and much more. They also receive thought-provoking information about the impact of what we eat on our health, animals and the environment.

Rich added. “2018 was huge for bringing veganism out of counter-culture. But 2019 will be the year when it becomes a considered lifestyle choice for millions embracing cruelty free, healthy living.”