Hollywood actors, soap stars and athletes have thrown their weight behind the annual Veganuary campaign. 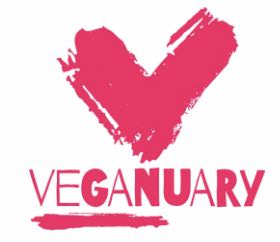 Joaquin commented: “If you look at the climate crisis or the violence of our food system and feel helpless, thinking ‘I wish there was something I could do’ – you can. Right now. Sign up to try vegan this January.”

More than a quarter of a million people took part in Veganuary last year and over half a million have participated since its launch in 2014. Now, with the climate crisis making headlines almost daily, the charity is intensifying its efforts to promote a planet-friendly plant-based diet by launching high-profile Veganuary campaigns in four new countries – Germany, the US, South Africa and Chile – as well as partnering with dozens of NGOs around the world. The goal this year is a global total of 350,000 sign-ups.

Toni Vernelli, Veganuary’s Head of Communications, added: “Each of us can help fight climate chaos with our fork. Signing up at Veganuary.com is a fun and empowering way to tackle this serious global threat. All of our resources are completely free, friendly and supportive – so why not do your part for the planet and give it a go!”

The pinnacle of this year’s campaign will be a TV ad urging people to ‘Try vegan this January with Veganuary’, which will air in the UK, Germany, the US and Chile between Christmas and New Year.

NAHS calls for brands to include independents as...