After what has been described as an exhausting and bruising political and public campaign, Irish Revenue is suspending plans to apply 23 per cent VAT to food supplements.

Following the campaign, which saw 75,000 petition signatures and a widespread grass-roots lobbying effort from Health Stores Ireland members, Revenue confirmed its planned application of 23 per cent VAT on all food supplements was to be deferred.

The deferral should allow for a legislative solution after Revenue attempted to ram though the hike following publication of an eBrief on December 27. A Finance Department Tax Strategy Group will now assess the proposed tax and it is hoped that a Budget proposal in October will bring a solution that will be acceptable to all stakeholders.

Health Stores Ireland President, Gerald Colfer, told Health Food Business: “It was an unexpected announcement, but one which we wholeheartedly welcome. Revenue’s decision to defer and legislate is exactly what was proposed to them by ourselves and our trade partners in the IHTA.” 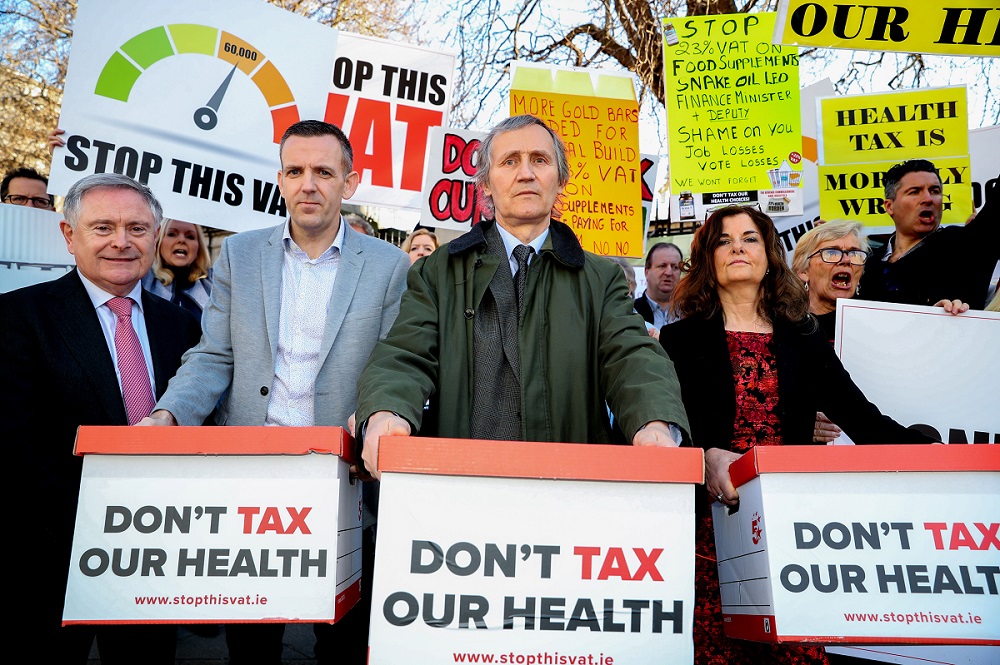 Campaign spokesperson, Matt Ronan, added that he was delighted with the outcome, commenting: “The intensity of the campaign, from consumers right up to supportive Government Ministers, was electric. No one could have foreseen such energy and passion develop so quickly and this obviously resonated with the powers that be. We felt all along that the Chairman of the Revenue Commissioner’s was a reasonable man and we put constructive solutions to him, which he has implemented.”

Health Stores Ireland will now prepare a pre-budget submission, in line with the stated aims of the campaign, and will continue to collect petition signatures and engage with political representatives to ensure that legislation is proposed that recognises the health value of vitamins and food supplements and their now confirmed status as a ‘food’.

Confirming the delay, a statement on the Irish Revenue website explained that following growing concerns of industry representative bodies about the difficulties in distinguishing between food supplement products which could be zero rated and those which should be standard rated, Revenue completed a comprehensive review and issued new guidance in December 2018 on the VAT treatment of food supplements, applicable from 1 March 2019.  It said that in light of the Minister for Finance setting out plans to examine the policy and legislative options for the taxation of food supplements, in support of the Minister’s proposed process of review, and to allow time for the enactment of any legislative changes (if any) as a result thereof in Budget 2020, Revenue has confirmed to Minister Donohoe that it will delay implementation of its new guidance until November 1, 2019.

Plamil adds new creation to its ‘So free’ range of chocolate

Bee Health announces it has been acquired by...