Liz Chandler and her late sister, Caroline Withers, founded the store, in Newbury, Berkshire, in 1999 and today, it is still thriving as an independent retailer. Last year, Anita Hatch took over as Director after Liz made the decision to move to a Greek island.

To mark the milestone, the team created a ‘15 days’ for ‘15 years’ theme, with exciting events, in-store activity and BOGOF promotions featuring strongly. From chair massage to tasting coconut oil to ‘live’ mural painting, events took place through October, with one of the highlights being The Cooking Tour by Dale Pinnock (inset), who offered a cookery demonstration, creating recipes for clear skin and reducing inflammatory illness. There was also a talk on probiotics by Norm Brown of Optibac, while local artist, Stuart Roper, painted an anniversary mural. The mural depicts co-directors Liz and Anita in a canal location synonymous
with Newbury, together with images of 15 suppliers of natural health foods and remedies. As an additional celebration, visitors were offered a crystal stone of their choice.

Liz, who came back from her semi-retirement in the South Peloponnese, said: “I wouldn’t have missed this for the world and am so proud of the last 15 years and feel privileged to be involved in our amazing natural health industry. I always keep abreast of the news and am looking forward to catching up with everybody in April 2015.”

A new take on a vegetarian classic 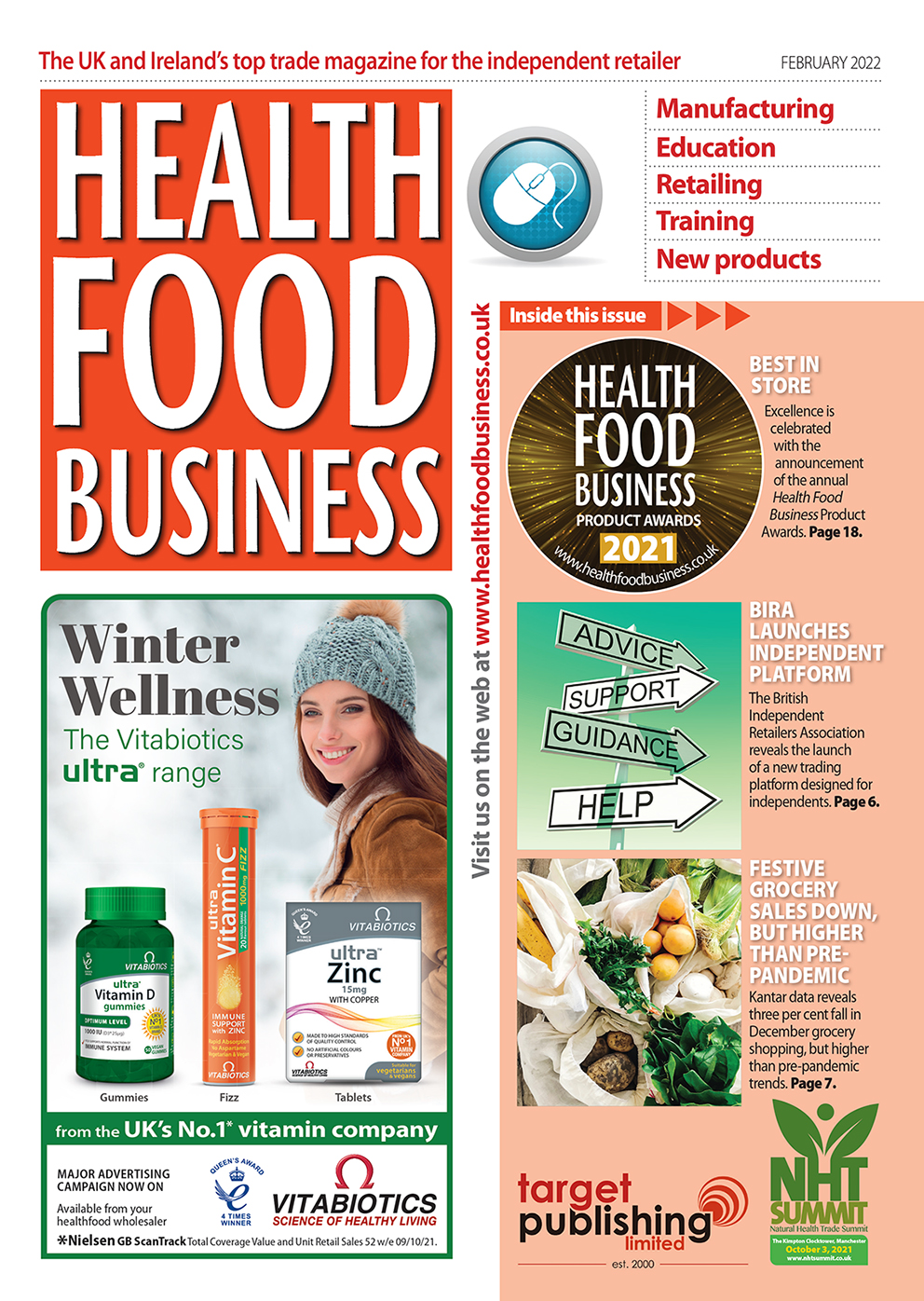